Hello and welcome to the 2nd installment about our local rock band, Zen Rising. The first post I did about the band got over 300 hits, which is pretty good publicity for them! Yay! If you didn’t get a chance to read about Todd, the singer, you can read about him here.

Today, I’m going to showcase Erik Scholefield, one of the guitarists! I sent the entire band a set of questions, but Erik was the only one who responded to this first set. That is why his questions and answers are a bit different than the rest of the band members.

I don’t know Erik very well as I just met him when I did the shoot, but it was immediately apparent that he should have a middle name of “enthusiasm”…Erik “Enthusiasm” Scholefield! Full of energy and very soulful – it was obvious to me that he feels the music he’s playing and that being on stage fills him with life. When he was on stage, he practically had a magnetic field around him that drew people’s attention in his direction – of course, it could also be that his arms are the size of tree trunks and the women were contemplating hanging off them like monkeys, while the men were fascinated, yet intimidated!!! Whatever the reason, it was awesome to watch him perform and I really loved the way the pics I took portray his energy and focus while playing.

Here’s the interview with him.

How’d you guys find each other and start up the band?

We started jamming together back in 07′ and the songs came fast.

Who are the songwriters in the band?

For the first album I came in with the initial ideas and outlines for the songs and then the whole band took those ideas and elaborated on the basics that I had. For our next project, we are making it even more about what happens in the band room. I may still have initial ideas but they are riffs rather than entire structures. We then take a riff and build upon it or around it.

If you could say something positive about each band member, what would you say?

Dustin – Very focused and driven to become the best drummer he can be. He hears things very well in the band room. Always has great input.

Mark – Extrremely experienced and very good at pulling the dynamics out of a song. Our newest member ,but even over the short amount of time he’s been with us he’s become a very vital part of what Zen Rising is and where it’s going.

Todd – Has a very definite tone to his voice – unique and great. Todd and I work very well together. I might have and idea, but Todd has the ability to take that idea to a whole new level.

Who’s the glue that holds you all together and keeps you solid?

This is definitely on all us to support each other, but I suppose at times the band looks to me to keep things moving forward.

Who makes everyone laugh all the time? Anyone?

We can all have our goofball, jokes-on-you moments! After all, its’ only rock n’ roll. And the worst thing is an uptight band room.

What’s the best part of playing (for you, personally)?

Playing for a crowd is the greatest feeling. I mean, standing on stage, guitar slung low, loud amplifiers, and people grooving to what you’re doing…it can’t be beat.

If you guys could play anywhere, where would it be?

For me personally, I would have to say Wembley Stadium in London, England, but I’ll take any 50,000+ stadium anywhere, anytime.

Where do you hope to go with the band? (ie. big record deal, just stay local, etc.??)

The sky’s the limit here ,but first and foremost it has to be fun. There are always definite aspirations with me because no matter what you do, you should be driven and have definite goals to achieve in life. But no matter what happens, I just love to write and play music. That’s what is most important.

Here are my favorite shots of Erik from the night. 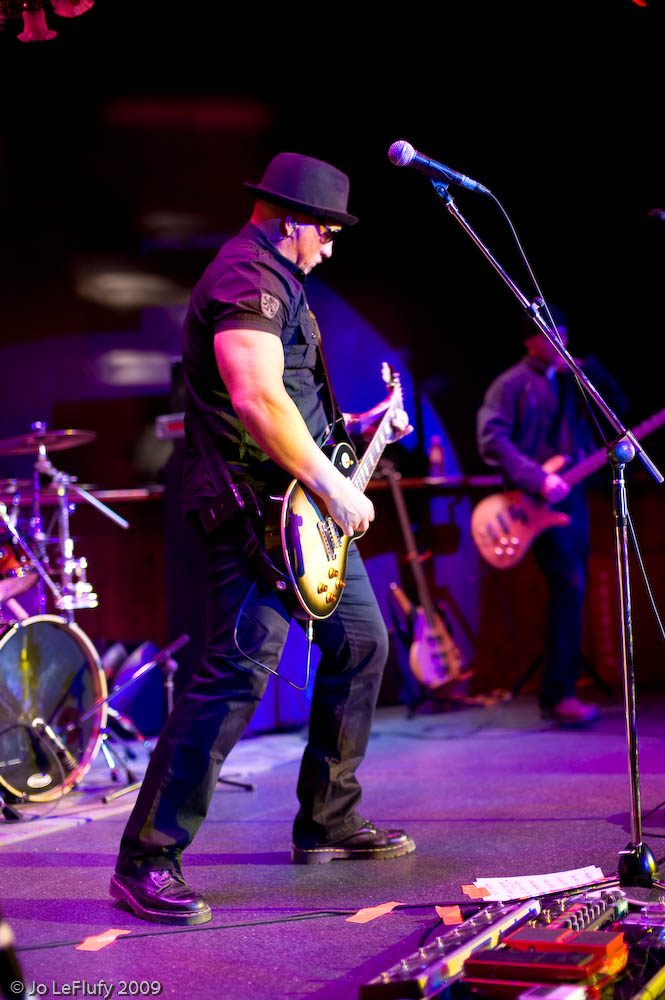 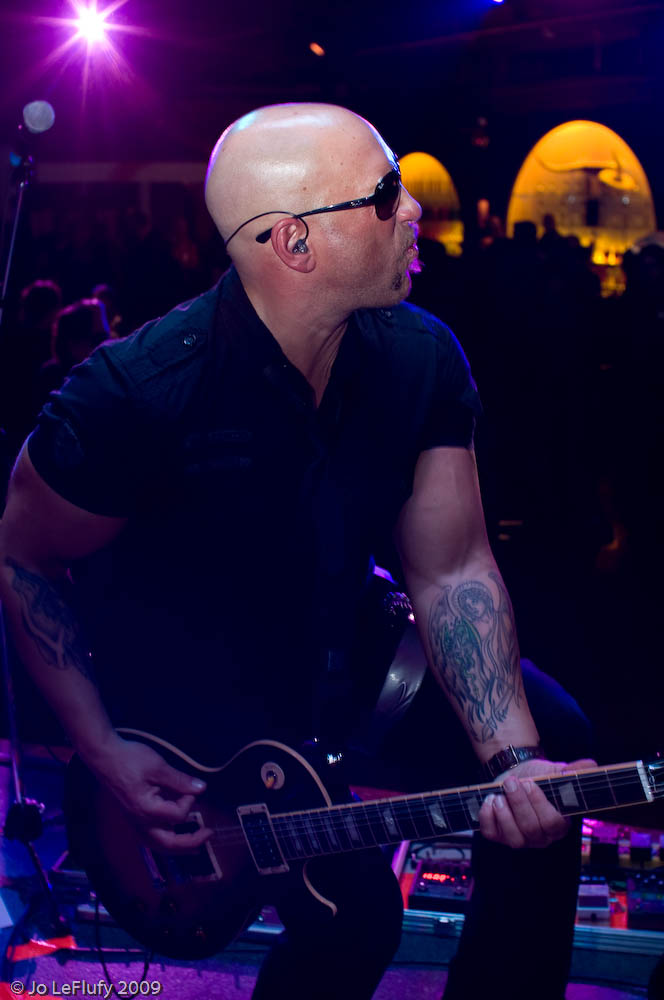 Unfortunately, I can’t seem to get any mp3s to load to my blog today (there have been many glitches with my blog lately and I am seriously considering changing my blog provider…arrrrg), but the bright side is that you can hear some more of their music on their MySpace page on the link below!